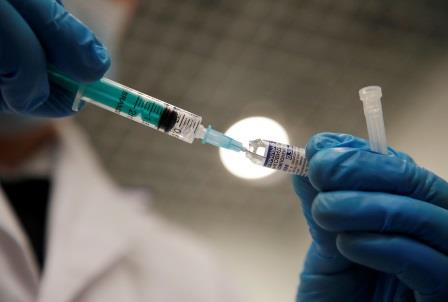 EMA management board head Christa Wirthumer-Hoche told an Austrian talk show on Sunday that she would advise European Union countries against granting Sputnik V national emergency authorisation while the agency was still reviewing its safety and effectiveness.

“We demand a public apology from EMA’s Christa Wirthumer-Hoche for her negative comments… (which) raise serious questions about possible political interference in the ongoing EMA review,” the developers wrote on the official Sputnik V Twitter account.

Officials at the Amsterdam-headquartered EMA were not immediately available for comment. The regulator said this month it would review data from ongoing trials of the vaccine until there was enough evidence for a formal marketing authorisation application.

The developers said Sputnik V had already been authorised by 46 countries.

It has been approved or is being assessed for approval in three EU member states – Hungary, Slovakia and the Czech Republic – and EU officials have said Brussels could start negotiations with a vaccine maker if at least four member countries request it.

Sputnik V could be manufactured for the first time in Europe outside Russia after a deal to produce it in Italy was signed by the Moscow-based RDIF sovereign wealth fund and Swiss-based pharmaceutical company Adienne.

Turkish lake may hold clues to ancient life on planet