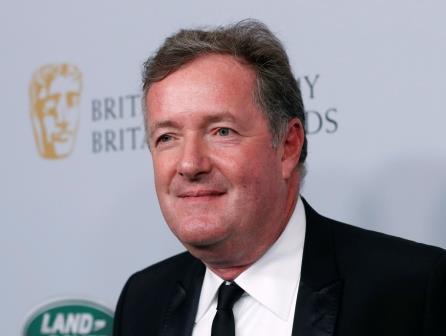 Morgan, 55, a former presenter on CNN, has accused the couple of damaging the royal family and seeking publicity on their own terms without accepting the responsibility and scrutiny that come with their position. He called Meghan “Princess Pinocchio” in a tweet, and said on Monday that he did not “believe a word she said” in the interview.

His comments triggered more than 41,000 complaints to Britain’s media regulator, which announced an investigation under its “harm and offence” rules.

Carolyn McCall, the chief executive of ITV, had said earlier that she believed Meghan “completely”.

Morgan, a prolific tweeter who has 7.7 million followers on the platform, posted a ticking clock shortly before ITV’s statement.

He did qualify his original comments on Tuesday, saying: “I still have serious concerns about the veracity of a lot of what she (Meghan) said, but let me just state for the record about my position on mental illness and on suicide.

“They should be taken extremely seriously and if someone is feeling that way they should get the treatment and help that they need every time, and if they belong to an institution like the royal family and they go and seek that help they should absolutely be given it.”

ITV confirmed the departure in a terse statement.