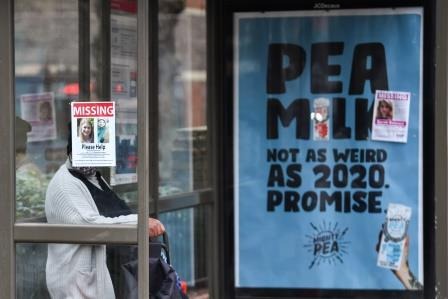 LONDON (UK) – London police Chief Cressida Dick on Wednesday that suspected human remains have been found by British police in search for a missing woman, after the arrest earlier of a police officer suspecting kidnap and murder.

Sarah Everard, 33, was last seen at 2130 GMT on March 3 as she was seen walking home from a friend’s house in south London.

Dick, the head of London’s Metropolitan Police, said in a televised statement, “This evening, detectives and search teams investigating Sarah’s disappearance have found very sadly what appears to be human remains.”

“The discovery was made in an area of woodland in Ashford in Kent. As you can imagine, at this early stage we are not able to confirm any identity, and indeed that may take us some considerable time.”

The police said the arrested officer, who was in charge of guarding diplomatic buildings, was in custody after he was detained on Tuesday evening. The man in his 40s is also suspected of indecent exposure.

A woman in her 30s was also arrested from the same place on suspicion of providing assistance of an offender.

The London force said the officer, who works for the Parliamentary and Diplomatic Protection Command, had not been on duty the night Everard went missing.

Dick said the news of the officer’s arrest had sent “waves of shock and anger” across the police force and the public.

She said the probe into Everard’s disappearance would continue. Earlier officers had been seen on a hunt and nearby areas on her route home, that was initiated on Clapham Common area in south London.

Officers were also searching locations in Kent, southeast of London, which includes a property in the seaside town of Deal and the area of woodland near Ashford.

The police said earlier that they could not provide further details on whether the two people arrested knew each other, or how long the man had been serving as a police officer. The organisation in charge of policing the conduct of officers is aware of the arrest.