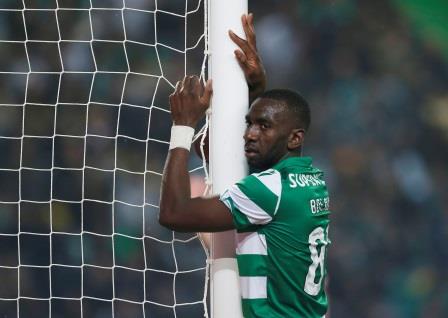 Middlesbrough’s winger Yannick Bolasie has hit out at the online bullies who subjected him to racial abuse and went on to share an image of a message he received on Instagram.

The 31-year-old, who is on loan from Everton, tweeted: “Something seriously wrong with people … Keyboard warriors. Still yet to meet a person who had this energy when they saw me.”

Everton condemned the incident and said they would not tolerate racism or discrimination of any kind.

“There is no room for racism in football or society. By working together, we can fight discrimination wherever it exists,” the club said in a statement to Sky Sports.

“Everybody has a part to play and social media abuse should never go unreported. We also urge social media platforms to strengthen measures to prevent this kind of behaviour.”

A host of other players such as Manchester United’s Marcus Rashford and Anthony Martial, Arsenal’s Willian and Chelsea’s Reece James were subjected to online abuse recently. These incidents prompted English soccer bodies to put pressure on social media companies to tackle the problem.

Let’s all continue to support each other: Lady Gaga sends message of support to Japan

Let's all continue to support each other: Lady Gaga sends message of support to Japan