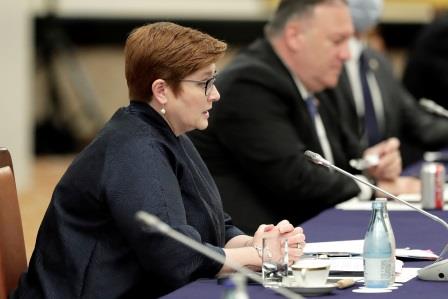 “It is essential that Hong Kong people have channels to exercise their fundamental freedom of political expression,” Payne said in a statement.

A draft decision to change Hong Kong’s electoral system was approved by China’s parliament, further reducing democratic representation in the city’s institutions and introducing a mechanism to vet politicians’ loyalty to Beijing.

There are about 100,000 Australian citizens living in Hong Kong, one of Australia’s largest expatriate communities.