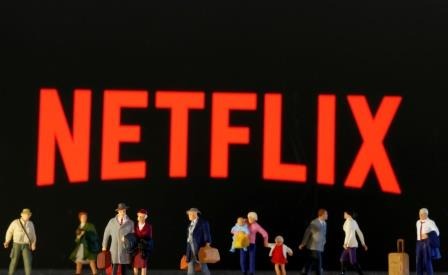 MUMBAI (INDIA) – After reviewing complaints around scenes showing children consuming drugs, An Indian government agency for protecting child rights has asked Netflix Inc to immediately stop streaming its new drama series “Bombay Begums”.
In a letter to Netflix, the National Commission for Protection of Child Rights (NCPCR) has asked the US streaming giant to investigate the matter and submit a report within 24 hours. the letter also referred to a tweet where a user objected to a scene showing “minors having cocaine”. adding, “The series with this type of content will not only pollute the young minds of children, and may also result in abuse and exploitation of children.”
Released this week, “Bombay Begums” is a series about five women from different parts of society trying to get ahead in modern Mumbai, formerly called Bombay.
Several users on Friday tweeted their objections and support for the new Netflix show, making #BombayBegums a top trend on the microblogging website. “If your child is influenced to do drugs by scenes in which a young girl does cocaine. You need to talk to your child, not the show,” Twitter user Sahir said.