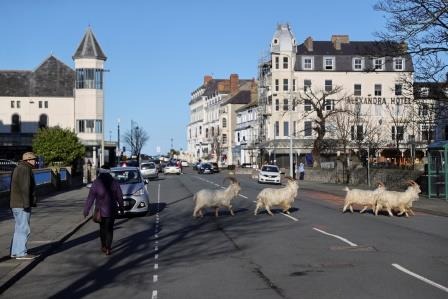 LONDON (UK) – Wales will start the slow relaxation of COVID lockdown rules on Saturday, while permitting up to four people to meet outdoors and initiating a return to school for most children, its government said on Friday.

Different parts of Britain charted out their own lockdown rules, and Wales with a population of just over 3 million has witnessed some of the toughest restrictions.

Wales’s First Minister Mark Drakeford said in a statement, “We will make step-by-step changes each week to gradually restore freedoms.”

Restrictions on meeting people outside will be the first to be relaxed, with the public on a requirement to “stay local” rather than “stay at home”. From Monday, school children aged up to 11, in addition to older pupils will return to class.

Barbers and hairdressers will also be allowed to open again, mainly for pre-booked appointments on Monday, which is unusual for the Welsh government moving more rapidly than authorities in England, where it is not allowed to get a haircut before mid-April.

Welsh supermarkets will have its ban continued, from selling non-essential items until March 22 and other shops will reopen on April 12.

Official data on Thursday showed that the number of deaths from COVID-19 across the United Kingdom had surpassed 125,000, the highest death toll in Europe.