China’s Geely to invest in battery plant to boost EV 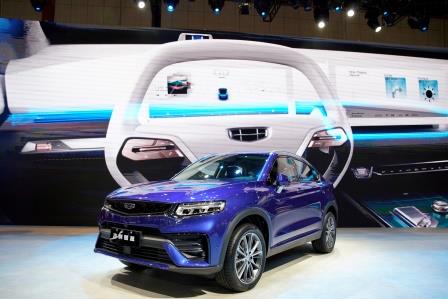 BEIJING (CHINA): As Geely looks towards expaning its EV line-up, the company has said it will invest in an electric vehicle battery factory with a planned annual manufacturing capacity of 42 gigawatt hours (GWh) in China’s eastern city of Ganzhou.

The planned factory comes after Geely announced a series of tie-ups in January aimed at turning the automaker into a leading EV contract manufacturer and engineering service provider.

Geely, which owns Volvo Cars and a 9.7% stake in Daimler AG, is competing with Great Wall and Nio Inc.

According to a separate statement from the local government, the total investment in the project by Geely’s technology arm will be 30 billion yuan ($4.61 billion). Geely’s technology group has previously invested in Ganzhou-based EV battery maker Farasis.

China is heavily promoting new energy vehicles (NEVs) to combat chronic air pollution, spurring interest from technology companies and investors alike. The government forecasts NEVs will make up 20% of its annual auto sales by 2025 from around 5% in 2020.