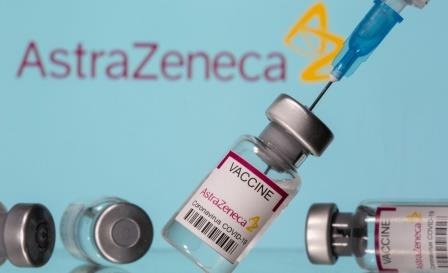 BANGKOK (THAILAND) – After a brief delay due to concerns over its safety, Thailand will start administering the AstraZeneca COVID-19 vaccine with the prime minister and his cabinet due to be the first to receive it. The inoculations of Thai Prime Minister Prayuth Chan-ocha and his ministers would take place on Tuesday.
Thailand was the first country outside of Europe to suspend use of the AstraZeneca shot. Authorities in Ireland, Denmark, Norway, Iceland and the Netherlands suspended the use of the vaccine over blood clotting issues.
AstraZeneca said on Sunday it had undertaken a “careful review” of data from more than 17 million people vaccinated in the United Kingdom and European Union, which showed “no evidence of an increased risk of pulmonary embolism, deep vein thrombosis or thrombocytopenia.”
Thailand’s mass vaccination strategy is heavily reliant on the AstraZeneca shot, which will be produced locally from June for regional distribution, with 61 million doses reserved for its population.