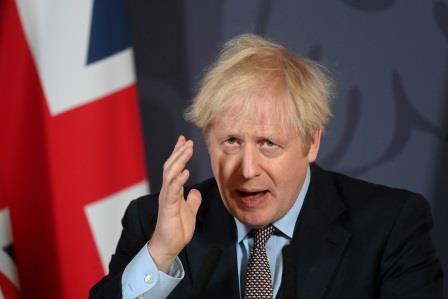 LONDON (UK): Britain is looking to expand its influence in Indo-Pacific region to try to moderate China’s global dominance, according to a document laying out post-Brexit foreign and defence policy priorities said on Tuesday.

The document sets out a planned increase to Britain’s nuclear arsenal to weigh against evolving global security threats, and underlined the importance of strong ties with the United States while naming Russia as the top regional threat.

Britain’s biggest foreign and defence policy review since the end of the Cold War sets out how Prime Minister Boris Johnson wants to be at the forefront of a reinvigorated, rules-based international order based on cooperation and free trade.

Calling the Indo-Pacific “increasingly the geopolitical centre of the world”, it highlighted a planned British aircraft carrier deployment to the region and said a previously postponed visit to India would go ahead in April.

“China and the UK both benefit from bilateral trade and investment, but China also presents the biggest state-based threat to the UK’s economic security,” the report said.