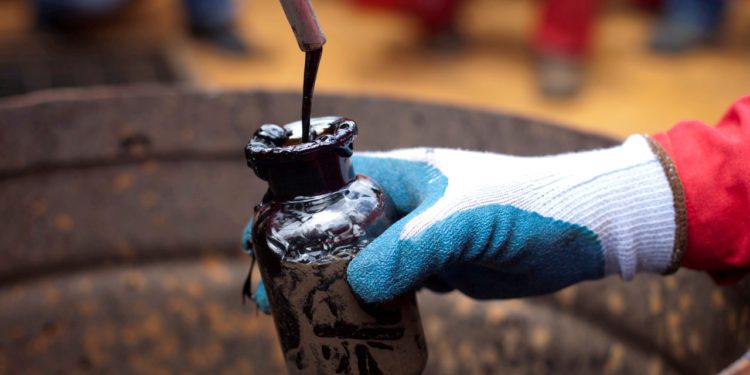 SINGAPORE: According to the industry data, US crude stockpiles unexpectedly fell last week. But the hopes of recovery in refinery activity going hand-in-hand with the rocky demand for oil in Europe kept the prices steady.
“Demand fears based on the stalled European vaccine roll-out is containing an otherwise positive environment,” said Michael McCarthy, chief market strategist at CMC Markets in Sydney.
Brent crude futures fell 7 cents, or 0.1%, to $68.32 a barrel by 0458 GMT, after initially gaining as much as 23 cents.
US West Texas Intermediate (WTI) crude futures rose 4 cents to $64.84, after climbing as much as 28 cents in early trade.
The benchmarks were choppy on Wednesday with both swinging between positive and negative territory during Asian trade.
The market has been drifting lower over the past few days as more European countries pause COVID-19 inoculations due to concerns over possible serious side effects, which could slow a recovery in fuel demand.
Trading in oil futures is now as heavy as it was in the first months of the COVID-19 crisis with oil bulls and bears rushing to hedge against jolts in prices.
While demand is growing in India and the United States, it remains weak in Europe, ANZ said in a research note, noting that France’s road fuel consumption fell 10.8% in February from a year earlier, according to the country’s petroleum industry federation UFIP.
On the positive side, US crude inventories fell by 1 million barrels in the week to March 12, according to trading sources citing data from the American Petroleum Institute. Analysts, however, had expected a build of 3 million barrels,
“The market was wrong-footed but still pleasantly surprised after US oil stockpiles unexpectedly fell last week,” said Stephen Innes, chief global market strategist at Axi.
At the same time, gasoline stocks fell less than expected, declining by 926,000 barrels, compared with estimates for a draw of 3 million barrels.
The narrower weekly draw in gasoline stocks signalled that refiner activity was normalizing after a big freeze in Texas smothered production in the previous month, Innes said in a note.
The historic icy spell in the southern US states knocked out nearly a quarter of the country’s refining capacity last month.
Traders will be looking for confirmation of the drawdown in crude stocks in official data due from the Energy Information Administration due on Wednesday.