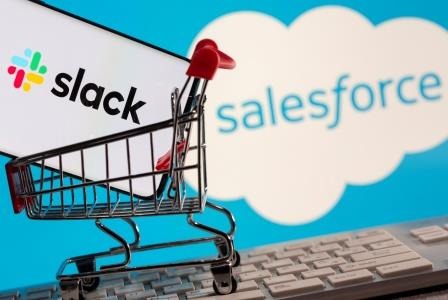 NEW YORK (US) – According to Refinitiv, a financial data provider, close to half the US deals in the merger and acquisitions sector included a stock consideration last year. This trend is the highest percentage since 2016, versus only 27% in 2019.
By comparison, 39.5% of deals across all sectors used stock last year. The tech trend continued into 2021 as half of the deals in the sector announced in the first quarter also used stock.

The popularity of stock as currency for deals has been fueled by the soaring valuations in the sector, dealmakers said. The NASDAQ 100 Index is trading at 39.5 times its price-to-earnings, the highest since 2000, as investors bet on firms benefiting from the expansion in cloud computing and remote working in the aftermath of the COVID-19 pandemic.
This has made acquirers keener to use their highly valued shares, rather than cash, to pay the frothy premiums that targets ask for. While an all-stock or cash-and-stock deal may dilute the shareholders of the acquirer through the issuance of new shares, it reduces the risk of it overpaying because it hinges more on the relative valuation of the two companies, rather than the absolute valuation of the target, investment bankers said.

“It allows buyers and sellers to participate equally in the upside or downside, as opposed to getting cashed out,” said Mike Wyatt, Morgan Stanley’s global head of technology M&A.
When identity management company Okta Inc clinched a $6.5 billion deal earlier this month for rival Auth0, it used just its shares to fund the purchase. The deal valued Auth0 at about 26 times forward revenue multiple, compared to a forward revenue multiple valuation of about 28 times revenue for Okta.

“Some people think the deal overvalued Auth0, but it is actually lower than our multiple,” Okta CEO Todd McKinnon said in an interview, adding Auth0 was also growing faster than Okta.
Stock deals can also come with tax benefits for the acquisition target. Deal proceeds are not taxable at the corporate level in the United States as long as stock makes up at least 40% of the purchase price consideration.

Dealmaking in the US technology sector has blossomed during the pandemic. The first quarter of 2021 has seen the highest tech deal volume ever, with over 700 deals totaling $155 billion announced. Tech transaction volumes in 2020 jumped by 72% to $383 billion, Refinitiv data shows.