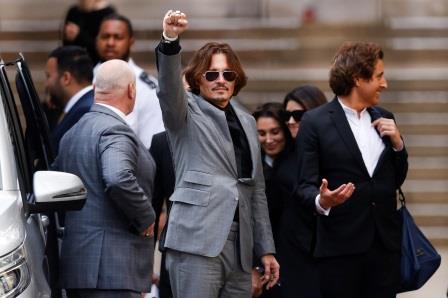 High Court judge Andrew Nicol ruled in November against Depp after he brought a libel case against the Sun tabloid newspaper which had run an article labelling him a “wife beater”.

“As we have said, it is not easy to persuade this court to overturn the findings of a trial judge on purely factual questions,” the two Court of Appeal judges said in their judgement.

“We do not believe that there is a real prospect of it being prepared to do so in this case.”

Last week, Depp’s lawyers said Nicol’s ruling was “plainly wrong” and asked to rely on new evidence which they said showed Heard’s claim she had donated her divorce settlement to charity was “a calculated and manipulative lie”.

But the Court of Appeal said the hearings before him last summer were fair.

“He gave thorough reasons for his conclusions which have not been shown even arguably to be vitiated by any error of approach or mistake of law.”