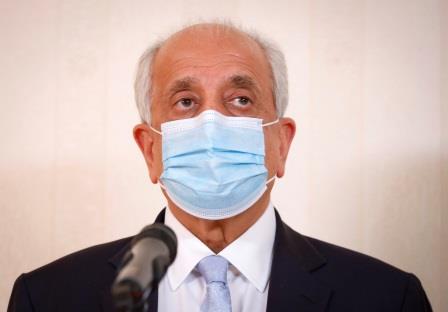 WASHINGTON (US) : In an effort to encourage Afghan parties to accelerate negotiations to end conflict in the country, US special envoy for Afghanistan Zalmay Khalilzad has departed for Turkey and the region, the US State Department said on Saturday.

President Joe Biden is deciding whether to meet a May 1 deadline for the withdrawal of the last 3,500 American troops in Afghanistan that was set in a February 2020 accord struck with the Taliban under former President Donald Trump.

Biden’s administration has sought to build international pressure on the Taliban and US -backed Afghan President Ashraf Ghani’s government to reach a peace agreement and a ceasefire before the deadline.

“He will engage the two sides on their preparatory efforts for talks on a political settlement that produces a permanent ceasefire and a durable and just peace,” the State Department said in a statement, adding that Khalilzad departed for the talks on Thursday.

The Taliban on Friday said it would resume hostilities against foreign forces – which ended under the US -Taliban deal – if they remain beyond the deadline.

Biden on Thursday said it would be hard to comply with the deadline, which also requires the departure of some 7,000 allied forces.

The Taliban has said it was committed to the agreement, which it has termed the “most sensible and shortest path” to end 20 years of war in Afghanistan – America’s longest foreign conflict.