Vlieghe says economy will require help even with swift rebound 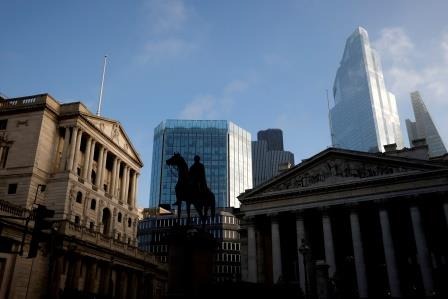 LONDON (UK): Bank of England’s Jan Vlieghe implied in an interview published on Monday that Britain’s economy would require more help to restore it to its pre-pandemic path even if prices go up this year.

“To my mind, seeing some strength this year, which I do expect, is not going to be nearly enough to then conclude this is an economy that doesn’t need monetary help anymore,” Vlieghe told TheBusinessDesk.com, a regional business news website.

“My main message is don’t think of the Bank Rate being linked to short-term growth in the economy, as that’s not enough,” he said.

Vlieghe said the aim should not be a few quarters of fast economic growth but to help the economy recover “all the way” to its medium-term potential – or returning the labour market to its pre-pandemic state.

“Just because we’re going to have a couple of quarters of growth rates that may be unprecedented doesn’t mean the Bank of England should change its monetary stance and step on the brakes because everything is ‘great now’,” he said.