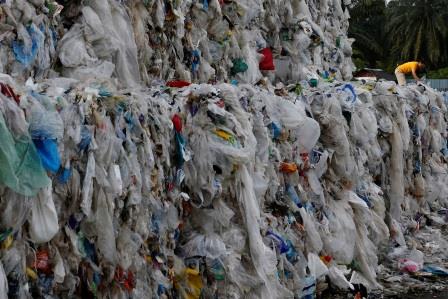 KUALA LUMPUR (MALAYSIA): Malaysia has allowed in a container of plastic waste from the United States after finding that it held only clean, recyclable material. Signatories to the Basel Convention, which came into force on Jan. 1, may only trade plastic waste if it is clean, sorted and easy to recycle – unless the importing country has granted an exemption.

Malaysia became the leading destination for the world’s plastic trash after China banned imports in 2018, and has returned thousands of tonnes of plastic scrap since then.

Its environment minister said on Tuesday that the U.S. shipment, which arrived on Saturday and had been thought to be hazardous, was found to be clean, homogenous polyethylene waste, as required under its import licence.

“The Department of Environment confirms that the plastic waste is in compliance with the criteria of B3011 Basel Convention,” Tuan Ibrahim Tuan Man said in a statement.

The United States, which produces more plastic waste per capita than any other country, is the only major nation not to have ratified the Basel Convention and is not bound by its rules. However, under the treaty, Malaysia cannot accept prohibited plastic waste from the United States.