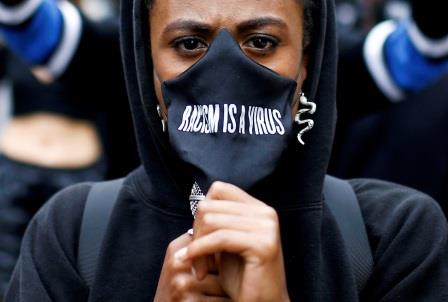 LONDON (UK): Britain is a country that should be seen as a “model for other white-majority countries”, a review into inequality will say on Wednesday, but it is not a post-racial society and “overt and outright racism persists”, particularly online.

Since the Black Lives Matter movement was triggered by the death of George Floyd in police custody in the United States, Britain, like other Western countries, has been looking more closely at race relations, fuelled by a debate over its colonial past and lower COVID-19 vaccine take up among some minorities.

The report by the Commission on Race and Ethnic Disparities, ordered by Prime Minister Boris Johnson’s government, concludes the success of much of the ethnic minority population in education, and, to a lesser extent, the economy “should be regarded as a model for other white-majority countries”.

But Britain is not “a post racial society” and “overt and outright racism persists in the UK”, particularly online, according to pre-released excerpts of the report which is due to be made public at 1030 GMT.

It says some communities continue to be haunted by “historic cases” of racism, creating “deep mistrust”. “Both the reality and the perception of unfairness matter,” it says.

Tens of thousands of Britons protested across Britain last summer as part of the Black Lives Matter movement in the wake of Floyd’s death, calling for action to tackle racial inequality.

At the time, protest organisers said those behind the commission did not represent their views and should be replaced, having already make clear that they did not believe that Britain had a problem with institutional racism.

In its report, the commission pinpointed education as “the single most emphatic success story of the British ethnic minority experience”, saying allegations that the country was still institutionally racist were not borne out by the evidence.

Concluding that issues around race and racism were becoming less important in explaining disparities, it says different outcomes had as much to do with social class and family structure.

It also suggests the BAME (Black, Asian and Minority Ethnic) acronym should no longer be used because of the differences in experience of minorities. 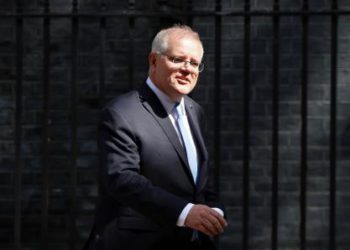