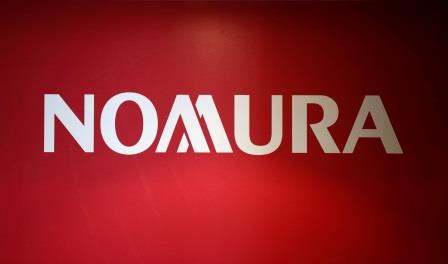 NEW YORK (US): While banks including Goldman Sachs, Morgan Stanley and Deutsche Bank were able to exit their trades with Archegos Capital relatively unscathed, Switzerland’s Credit Suisse and Japan’s Nomura have been burned in the fire sale.

So far, it appears the banks that got out of the trades the quickest have suffered the least and Goldman Sachs may even have profited, said three sources familiar with the trades.

The blowup of the Archegos fund, a family office run by former Tiger Asia manager Bill Hwang, is still reverberating across the financial system, with global banks so far standing to lose more than $6 billion.

They had hoped that rival banks that had also financed and processed trades for Archegos would hold off from exiting their positions, but were left exposed when Goldman Sachs and Morgan Stanley began unwinding their trades with the fund, according to three people with direct knowledge of the matter.

Credit Suisse has yet to confirm its losses, but the sources said the Swiss bank faces losses of up to $4 billion. Nomura, Japan’s largest investment bank, warned on Monday of a possible $2 billion loss.

The Archegos saga is a major blow for both banks, which had been trying to expand their investment banking and trading businesses in the United States, and underscores the challenges of striving to compete with hefty U.S. rivals on their own turf.

“Goldman Sachs and Morgan Stanley got out quicker and got better prices. They know more about what’s going on. Credit Suisse and Nomura don’t have the same standing,” said Viola Risk Advisors analyst David Hendler.

Those swaps allow investors to bet on stock price moves, often with high levels of leverage, without owning the underlying shares. Instead, banks buy and hold the stocks and give the fund a performance-related return. The fund has to secure the trades by giving the bank collateral, such as cash or equities.

Archegos had assets of around $10 billion but held positions worth more than $50 billion, according to one of the sources, suggesting Hwang was highly leveraged. Leverage is risky because just as it magnifies potential returns, it magnifies losses too.

Archegos declined to comment beyond its statement on Monday when it said this was a “challenging time.”

Investor disappointment in last Wednesday’s stock sale by media giant ViacomCBS, to which Archegos was heavily exposed, appeared to be the catalyst for its meltdown, the sources said.

As ViacomCBS’s stock slumped last week, falling 30% from last Monday’s close to around $68 on Thursday morning, alarm bells went off at Archegos’ banks, the sources said.

They called on Archegos for more collateral to cover the increased exposure on its swap positions, but the fund did not have enough liquidity. By failing to meet the margin call, the fund had defaulted under the terms of its trades with the banks.

In a bid to stave off a crisis, Hwang arranged a conference call with the banks later on Thursday to ask them to agree to hold off selling the shares that underpinned his swap trades in the hopes they would bounce back, two of the sources said.

Some of the banks, including Credit Suisse, favored holding off, but Goldman Sachs and others were keen to start selling shares to free up cash so Archegos could pay them what was owed.

No agreement was reached and Goldman began offloading shares before the market opened on Friday. It sold more than $10.5 billion of shares held in Viacom, Baidu Inc and Tencent Music Entertainment Group, among others.

All told, Archegos’ banks sold millions of shares in companies the fund had bet on, dragging down stocks across the media and other sectors.

That left other banks, primarily Credit Suisse and Nomura, sprinting for the exit before it slammed shut. By the time they decided to start selling, the stocks had fallen too far for the banks to avert major losses.

“The first one out is not panicking,” said Matt Freund, co-chief investment officer at Calamos Investments. “It doesn’t make sense to join a panic but sometimes it makes sense to start one.”