Sterling Relaxes After Strongest Q1 As Opposed To Euro Since 2015 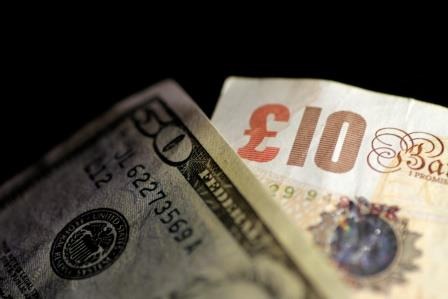 LONDON (UK) – The pound eased against the euro on Thursday, after its strongest first quarter since 2015, while market participants were confident that there would be further gains for the pound in the coming months.

Sterling gained around 4.8% versus the euro in the first quarter of the year, which analysts attributed mostly to the UK’s rapid vaccine rollout – one of the fastest in the world – as well as relief at the start of the year that a no-deal Brexit had been avoided.

Euro-sterling’s downward trajectory stalled somewhat on Thursday after it came close to, but did not breach, the key 0.85 level in the previous session.

“There’s maybe some initial disappointment that we haven’t broken those key levels, but generally the fundamental economic data from the UK is still coming in on the strong side of expectations,” said Lee Hardman, currency analyst at MUFG.

A revised manufacturing survey showed that British factories rode a wave of orders in March and prepared for a gradual reopening of the economy from COVID-19 shutdowns by hiring staff at the fastest rate since 2014.

“We’re pencilling in the outperformance continuing through the next quarter,” said MUFG’s Hardman, adding that euro-sterling could head towards 0.83-0.84.

Public opinion in Britain about the government’s handling of the pandemic has turned positive and companies are also more optimistic.

The British Chambers of Commerce said 55% of member firms expected higher turnover in 12 months ahead – the highest in a year – although immediate business conditions were well below pre-pandemic levels as the country began 2021 under lockdown.

“While the GBP may continue to struggle vs. the USD in the current environment, we expect that it will remain well supported vs. low yielding G10 currencies such as the CHF, JPY and the EUR,” wrote Rabobank senior FX strategist Jane Foley in a note to clients.

Rabobank lowered its forecast for the euro versus the pound for the next three months, to 0.85 from 0.86.

But Foley added that there are “choppy conditions” ahead for the pound, as the UK economy still has far to go before returning to pre-COVID levels.

UBS said in a note that it favours sterling versus the dollar, and had raised its forecast for sterling-dollar to $1.49 by the end of the year, from $1.46.

Lockdown restrictions are gradually being lifted in England, with more substantial changes, including the re-opening of non-essential retail and outdoor hospitality settings, due on April 12.