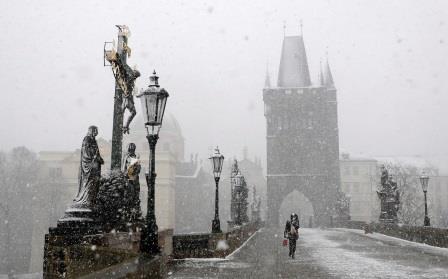 PRAGUE (CZECH REPUBLIC): Czech Prime Minister Adrej Babis will bring in a fourth health sector manager. This is the fourth person to hold the role since the start of the pandemic on Wednesday.

Jan Blatny took the job in October just as COVID-19 infections were spiking, and three peaks of the pandemic since have claimed more than 27,000 lives and put the country of 10.7 million at the top of global rankings for deaths per capita, according to the Our World in Data website.

Babis has reprimanded Blatny in the past month over issues such as a lack of support for new COVID-19 medicines and the ministry’s handling of plans to use rapid testing to re-open schools, while Blatny was faced with overflowing hospitals and pressure to keep factories open and to reopen businesses.

Blatny was also a staunch opponent of using the Russian vaccine Sputnik V before European Union regulators approve it.

Babis has made several U-turns over possible purchases of the Russian vaccine, and was quoted as saying last week that a lack of vaccines in the bloc could push his country to seek the Russian shots.

President Milos Zeman, who has lobbied for closer relations to China and Russia, has sought Blatny’s removal over his opposition to the Sputnik vaccine.

Restaurants, non-essential retail shops and most school classrooms have been shut almost continuously since October, except for a few weeks in December when things re-opened before Christmas only to see another resurgence of the virus.

With cases easing and the strain on hospitals lifting somewhat, the government plans to re-open some school classrooms from Monday and allow free travel around the country, which has been forbidden since March.