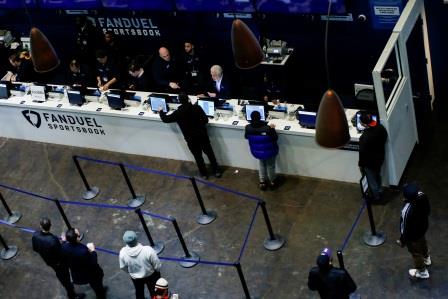 DUBLIN (IRELAND): Betting group Flutter Entertainment, the owner of Paddy Power, Betfair and PokerStars, on Wednesday said it will “vigorously defend its position” after Fox Corp filed a suit against the company related to its option to buy a 18.6% stake in US sports betting firm FanDuel Group.

Fox wants to acquire the stake in FanDuel for the same price Flutter paid for the interest in December last year. Flutter argues the parties had agreed the exchange should take place at a fair market value.

Flutter, which merged its US business with FanDuel in 2018, raised its FanDuel holding to 95% in December in a $4.18 billion deal, enlisting Fox’s help to get the transaction through and giving it the option to buy 18.6% of FanDuel in July this year.

“Fox’s position that it has a right to acquire an 18.6% interest in FanDuel based on an $11.2 billion valuation is incorrect. It would represent a windfall to FOX compared to the fair market valuation as of July 2021, to which the parties had previously agreed,” Flutter said in a statement on Wednesday.

“Flutter will not allow FOX’s filing, which is without merit, to distract from its business and will vigorously defend its position in the arbitration.”

The United States is seen as the next big growth market for sports betting, spawning a series of transatlantic partnerships tapping into European expertise such as Britain’s William Hill being bought by Caesars Entertainment [CZR.O] in a 2.9 billion pound ($3.9 billion) deal announced last September.

Separately, a bookrunner said a Flutter shareholder was selling about 2.3 mln shares at a 2.8% discount to Tuesday’s close, or 153.50 pounds per share.

Cameras in cars not activated outside North America: Tesla