Chip shortage, Porsche can not rule out production cuts: Reports 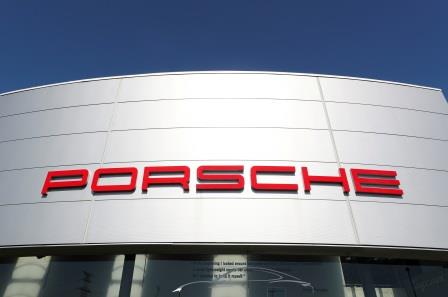 FILE PHOTO: A logo of Porsche is seen outside a Porsche car dealer, amid the coronavirus disease (COVID-19) outbreak in Brussels, Belgium May 28, 2020. REUTERS/Yves Herman

FRANKFURT (GERMANY): The ongoing shortage of automotive chips may reflect on the production of Porsche AG according to Handelsblatt reported. Porsche AG parent Volkswagen said it expects chip supply to remain tight in the coming months, adding it could not provide a visibility for the full year.

“We cannot rule out that we will lower the volume of some models in the near future,” the company was quoted as saying by Handelsblatt, without giving more details.

The lack of semiconductors, which has roiled the global car sector, caused General Motors Co to announce earlier on Thursday extended production cuts at some of its North America factories.