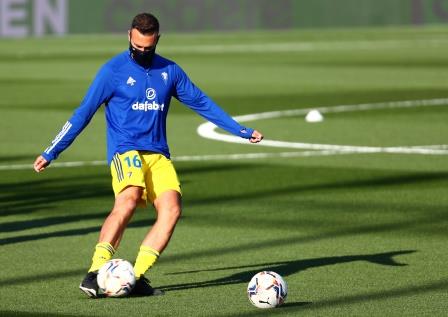 MADRID (SPAIN): Spain’s football league, La Liga said it had found no evidence that Cadiz player Juan Cala directed racist language at Valencia’s Mouctar Diakhaby during a game on Sunday. The league had analysed audiovisual material available from the game, as well as hired a lip reading expert in order to investigate the accusations.

Diakhaby reacted furiously after an altercation with Cala in the 28th minute of the game, believing the defender has used derogatory language related to the colour of his skin.

The match was stopped for 25 minutes before re-starting and French defender Diakhaby was substituted by coach Javi Gracia for the restart. Cadiz went on to win the game 2-1.

Cala has maintained his innocence throughout.

“Following an analysis of the elements available to La Liga, it can be concluded that no evidence has been found of Juan Cala using the denounced language towards Mouctar Diakhaby,” a Liga statement read.

“In concrete, all available television and digital archives from the game have been examined as well the audio footage from the game, the images that were broadcast and what was shared on social media.

“In order to complete the report, a specialist company was hired to do a lip-reading analysis of the conversations and study of the players’ behaviour.”

“La Liga has shared these reports with the clubs involved and the relevant authorities so that they form part of the proceedings that are currently taking place.”

The Spanish football association’s (RFEF) own investigation into the matter remains ongoing.