US, allied troops to leave Afghanistan by September 11 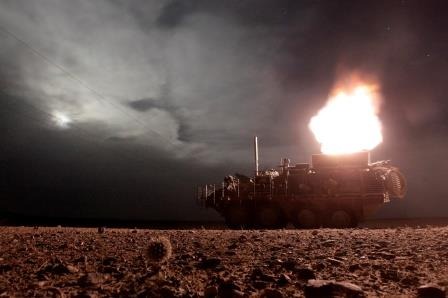 WASHINGTON (US) -President Joe Biden said on Wednesday that US troops will be withdrawn from Afghanistan from 1 to end America’s longest war.

Foreign troops under NATO command will also withdraw from Afghanistan in coordination with the US pull-out, as agreed by NATO allies. The withdrawal of foreign troops will be completed by September 11.

Around 7,000 non-US forces from mainly NATO countries, also from Australia, New Zealand and Georgia, make for a larger number, when compared to the 2,500 US troops in Afghanistan. However, they are still reliant on American air support, planning and leadership.

“While our military contribution will reduce, we will continue to support the stability of Afghanistan through our bilateral partnership and in concert with our other nations,” Australian Prime Minister Scott Morrison said.

Biden admitted that US objectives in Afghanistan had become “increasingly unclear” over the past decade. He put forth a deadline for withdrawing all US troops remaining in Afghanistan by September 11. This move is being taken exactly 20 years after al Qaeda’s attacks on the United States that led to the war.

“It was never meant to be a multi-generational undertaking. We were attacked. We went to war with clear goals. We achieved those objectives,” Biden said.

“And it’s time to end the forever war,” Biden added.

“I am now the fourth American president to preside over an American troop presence in Afghanistan. Two Republicans. Two Democrats,” Biden said. “I will not pass this responsibility on to a fifth.”

Afghan President Ashraf Ghani wrote on Twitter that he respects the US decision. Ghani added that “we will work with our US partners to ensure a smooth transition” and “we will continue to work with our US/NATO partners in the ongoing peace efforts.”

A peace summit on Afghanistan is planned from April 24 in Istanbul that would include the United Nations and more than 20 countries.

Government officials from Kabul said they would continue peace talks and their forces would defend the country.

“Now that there is an announcement on foreign troops withdrawal within several months, we need to find a way to co-exist,” said Abdullah Abdullah, a top peace official and former presidential candidate. “We believe that there is no winner in Afghan conflicts and we hope the Taliban realise that too.”

Biden rejected the idea that US troops could lend the leverage required for peace, saying: “We gave that argument a decade. It has never proven effective.”

“American troops shouldn’t be used as a bargaining chip between warring parties in other countries,” Biden said.

Biden also said the threat of terrorism was not confined to a single country and added that to have American forces in one foreign land, with great financial cost did not make sense.

Biden later said the decision to withdraw was not difficult.

“To me, it was absolutely clear,” Biden said.

Senator Lindsey Graham, a Republican, was among Biden’s fiercest critics, saying the withdrawal would have repercussions by extending the conflict and inducing new life into al Qaeda possibly.

“What do we lose by pulling out? We lose that insurance policy against another 9/11,” Graham said.

Biden criticised past US aspirations to somehow bring together Afghans, a goal challenging the lessons of history over centuries.