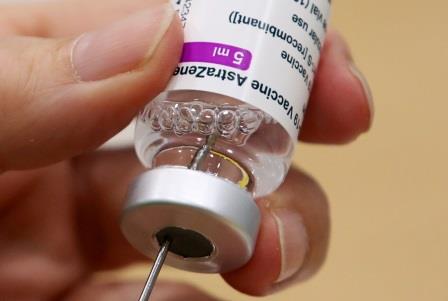 SYDNEY (AUSTRALIA): Australia reported its first fatality from blood clots in a recipient of AstraZeneca’s COVID-19 shot. The countries regulator said there was a likely link between the 48-year-old woman’s death and the vaccine.

Hers was the third instance of the rare blood clots appearing in people who have been administered the vaccine in Australia. The other two are recovering well, the Therapeutic Goods Administration (TGA) added.

It said it was “carefully reviewing” similar instances in Australia.

The New South Wales woman received the AstraZeneca vaccine on April 8, the day that the government announced that the Pfizer vaccine would be given as a preference to patients under 50, delaying its inoculation timetable.

In the absence of an alternative cause for the clot that she developed, Australia’s Vaccine Safety Investigation Group (VSIG) “believed that a causative link to vaccination should be assumed at this time,” the TGA said.

The VSIG had held a meeting late on Friday following news of the woman’s death.

The TGA said her case had been complicated by underlying medical conditions, including diabetes, “as well as some atypical features.”

There had been at least 885,000 doses of the AstraZeneca vaccines administered in Australia so far, equating to a frequency of instance of blood clot in every 295,000 cases, the TGA said.

“The overall number …so far has been no higher than the expected background rate for the more common type of blood clots,” it said.

The UK regulator, the Medicines and Healthcare Products Regulatory Agency, has concluded from its review of cases reported in the UK that the overall risk of cerebral venous sinus thrombosis – a rare blood clot in the brain – was approximately 1 in 250,000 who receive the vaccine.

Australia has reported over 22,000 COVID-19 cases of community transmission and 909 deaths.

Myanmar releases prisoners for New Year, though only a few pro-democracy activists though to be among them

Myanmar releases prisoners for New Year, though only a few pro-democracy activists though to be among them