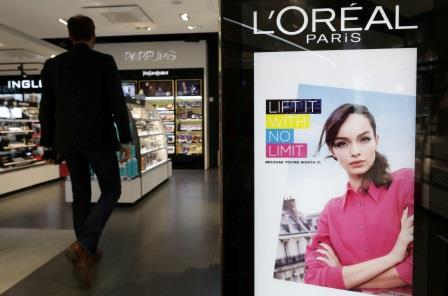 L’Oreal shares were down by 1.5% in early session trading, the worst performing stock on Paris’ SBF-120 index.

L’Oreal said sales reached 7.6 billion euros ($9.10 billion)in the three months to March, up 10.2% on a like-for-like basis stripping out the effects of acquisitions and currency moves.

L’Oreal’s consumer products division, which also sells brands including Maybelline, lagged other units, due to its high exposure to make-up, where demand is sluggish compared with other categories like skincare.

“Not to like are the inter-related challenges of ongoing weak Consumer & Western Europe, the only division and zone that remain in negative like-for-like territory. But an encouraging start overall,” wrote investment bank Jefferies.

China’s mass drills near Taiwan take aim at US

China's mass drills near Taiwan take aim at US