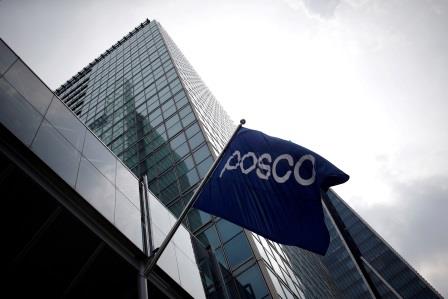 FILE PHOTO: The logo of POSCO is seen at the company's headquarters in Seoul, South Korea, July 20, 2016. REUTERS/Kim Hong-Ji/File Photo

“We plan to carry on with our business in Myanmar. We have informed them that we want to buy their stake,” said a POSCO C&C spokesman, adding the stake’s valuation is yet to be determined.

The decision to terminate the partnership followed pressure from activist groups to end ties with entities in Myanmar linked to the military, the spokesman said.

The events have drawn condemnation from governments including that of South Korea.

“We hope that our steel business will continue to contribute to improving Myanmar’s residential environment and revitalising the economy,” POSCO C&C, an affiliate of steelmaker POSCO, said in a statement.

Reuters previously reported that POSCO C&C was reviewing how to end the venture.