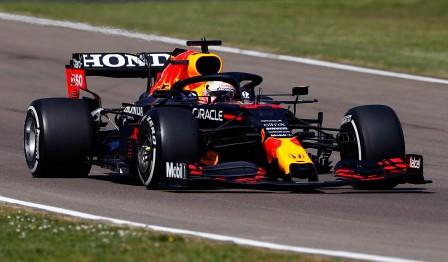 In final practice for the Emilia Romagna Grand Prix at Imola on Saturday, Red Bull’s Max Verstappen bounced back from a troubled opening day to set the fastest lap.

The Dutch 23-year-old lapped the circuit with a best time of one minute 14.958, nearly half a second faster than McLaren’s Lando Norris.

Seven times world champion Lewis Hamilton, last year’s winner, was third on the timesheets for Mercedes but 0.557 off the pace and Verstappen’s Mexican team mate Sergio Perez was fourth.

Valtteri Bottas had led Hamilton one-two in both Friday sessions but the Finn was only eighth-fastest on a cold but clear morning at the Italian circuit named after Ferrari founder Enzo and his son Dino.

Red flags came out halfway through the hour when Williams’ Nicholas Latifi tracked across the gravel and into the barriers at the Villeneuve chicane. The Canadian was able to keep the car going and limped back to the pits.

The session was brought forward by an hour to allow qualifying also to be advanced to avoid a television clash with the funeral of Britain’s Prince Philip.

Verstappen has started the last two races on pole position but Hamilton leads the championship after winning the opener in Bahrain.

Qualifying looks set to be another battle between the Red Bull driver, who was sidelined for most of Friday’s second session by a drive shaft problem, and the Mercedes pair.