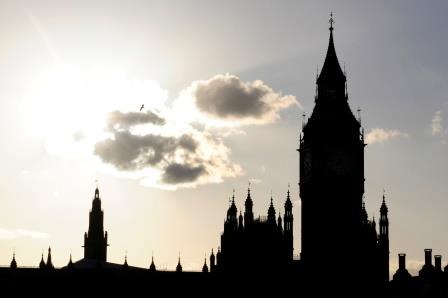 LONDON (UK): Britain should take into consideration making environmental labelling mandatory for consumer financial products and task regulators so that it would stop misleading claims or “greenwashing”, legislators said on Thursday.

Britain’s government has prioritised green issues this year as it gears up to host a major United Nations climate summit known as COP26. However, it has faced criticism from environmental groups over the lack of detail in its plans.

In a new report, the House of Commons’ cross-party Treasury Committee urged the government to set out how much it would cost to achieve its target of reaching net zero emissions by 2050 and ensure financial regulation was consistent with this.

It also said the government should reveal how much of a premium it was willing to offer investors to buy new ‘green’ government bonds rather than conventional debt.

“The UK is a global leader in financial services. When the world’s eyes are on us for COP26, we must show that we can also be a green finance powerhouse to help achieve net-zero,” committee chair Mel Stride said.

To accomplish this, Britain’s finance ministry should consult on making green labels mandatory for investments, and give regulators powers to ensure this labelling is not misleading, the report said.

“It is clear that in some cases the labels or descriptions of ‘green’ or ‘climate-related’ indices do not necessarily match legitimate consumer expectations of what they would commonly be understood to mean,” it said.

Defining green investment is a global challenge. The European Union is due to require banks in the bloc to set out climate risks and exposures from next year, using a fixed taxonomy.

The British lawmakers recommended adopting a similar categorisation before the COP26 summit, to boost efforts to agree consistent international rules.