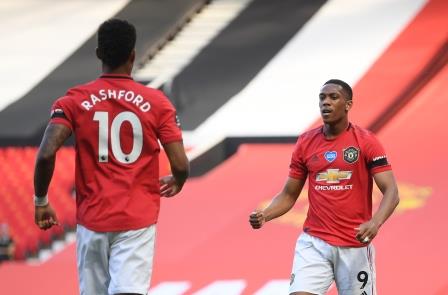 Britain’s Sports Minister Nigel Huddleston has pointed out that online racial abuse directed at football players has reached a “crisis point”. He has urged social media platforms to join forces with authorities to tackle the problem quickly.

A host of players at Premier League clubs have been targeted in the past few months, including Manchester United’s Anthony Martial and Marcus Rashford, Liverpool’s Trent-Alexander Arnold and Sadio Mane, and Chelsea’s Reece James.

On Thursday, Huddleston, along with current and former players and representatives of English football’s governing bodies, took part in a virtual meeting with social media companies to discuss the problem.

“Racism plaguing players on social media has reached a crisis point,” Huddleston wrote on Twitter after the meeting, adding that he had urged technology platforms and football authorities to join forces to create “real change”.

“Government is playing its part. This year we’re introducing new laws to tackle abuse but there’s no reason why there shouldn’t be immediate action from tech firms before that to bring about quicker solutions to this abhorrent behaviour.”

Last month, former Arsenal and France striker Thierry Henry deleted his social media accounts to protest against platforms for not taking action against anonymous account holders who are guilty of racism and bullying online.

Scottish champions Rangers and English Championship (second-tier) side Swansea City this month were among the teams to announce a week-long boycott of social media in a stand against online abuse.

Instagram in February said it remained committed in the fight against racism and announced a series of measures while Twitter vowed to continue its efforts after taking action on more than 700 cases of abuse related to soccer in Britain in 2019.