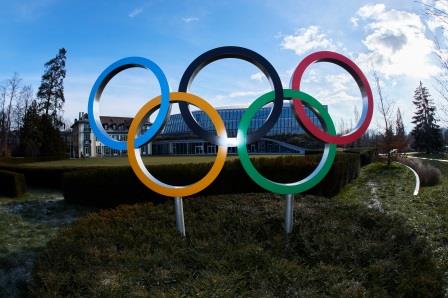 The European elite athletes’ body has expressed concern about the International Olympic Committee’s (IOC) decision to ban competitors’ protests at the Tokyo Olympics, saying it undermined their human rights.

The IOC said on Wednesday it was retaining its Rule 50, which forbids any kind of “demonstration or political, religious or racial propaganda” in venues and other Olympic areas, after an almost year-long review that included consultation with more than 3,500 athletes.

However, EU Athletes – a multi-sport federation of athlete and player associations – said that consultation excluded thousands of athletes because it was restricted to the governing body’s Athletes Committees and Commissions.

“We are deeply concerned by the decision taken by the IOC and believe that the consultation process and the Rule 50 itself are not compatible with the human rights of athletes,” EU Athletes said in a statement https://euathletes.org/statement-on-rule-50-of-the-olympic-charter.

“Regardless of numerous issues related to the methodology of the IOC AC consultation, there is no survey that could change the fact that freedom of speech and expression are universally recognised human rights that athletes enjoy.”

Objections to Rule 50 had increased in recent months against the backdrop of the Black Lives Matter movement. Some international federation chiefs, including World Athletics’ President Sebastian Coe, have said athletes should have the right to make gestures of political protest during the Games.

“We are calling on governments, international organisations, and sport stakeholders to encourage the IOC to amend Rule 50 and allow peaceful demonstrations on issues that are important to athletes and wider society,” EU Athletes said.

“The idea that a sport organisation can restrict or redefine the human rights of athletes is simply unacceptable.”

The Tokyo Olympics, delayed by a year due to the COVID-19 pandemic, begin on July 23.