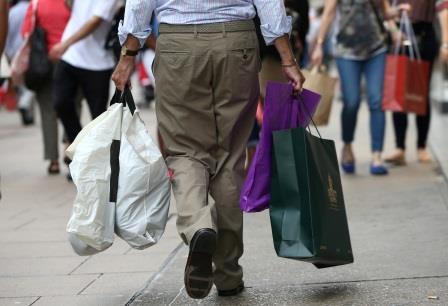 LONDON (UK):The number of shoppers across Britain fell 3.4% in the week to April 24 after surging in the previous week when non-essential stores reopened in England and Wales after three months of lockdown, researcher Springboard said on Monday.

It said shopper numbers, or footfall, fell 0.8% from the previous week on high streets, 3.5% in retail parks and 8.4% in shopping centres.

Footfall had jumped 88% in the week to April 17 versus the previous week.

She noted that the previous week had also benefited from it being the last week of the school Easter break which meant many parents were on leave and visited stores and retail destinations as a family.

Wehrle said a positive factor was that the gap in footfall last week from the same week in 2019 (pre-pandemic) continued to narrow.

The pandemic has hammered Britain’s retail sector, leaving gaping holes on the main shopping streets and costing tens of thousands of jobs.