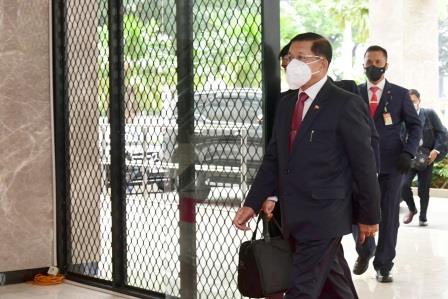 Myanmar’s junta has said that it will give “careful consideration to constructive suggestions” from the Association of Southeast Asian Nations (ASEAN) on ways to solve violent crisis triggered by a Feb. 1 coup.

“The suggestions would be positively considered if it … serves the interests of the country and was based on purposes and principles enshrined in” ASEAN, it said in a statement published on Tuesday.

Junta leader Min Aung Hlaing attended an ASEAN meeting in Indonesia on the weekend at which the bloc issued a so-called five-point consensus on steps to end the violence and promote dialogue between the rival Myanmar sides.