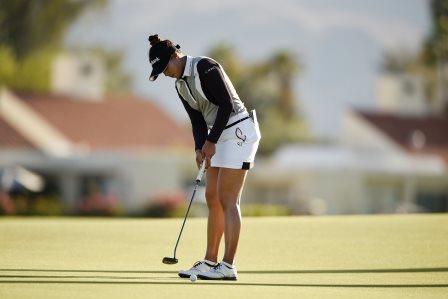 HSBC Women’s World Championship will start on Thursday as the LPGA Tour returns to Asia for the first time in 18 months. World number one Ko Jin-young, two-times champion Inbee Park and holder Park Sung-hyun is all set head the field at the tour.

The 13th edition of the tournament, which has been dubbed “Asia’s major”, will take place at Singapore’s Sentosa Golf Club with 69 players from 18 nations, including 22 different major winners, competing for a share of $1.6 million on offer.

ANA Inspiration winner Patty Tavatanakit of Thailand will make her debut in the no-cut event, which was among a host of tournaments that were not held last year due to the pandemic.

“I’m feeling good about where my game is now, and I feel ready to take on the rest of the season,” Tavatanakit, who won her first major this month in her rookie year on tour, said after receiving a sponsor invitation to the Singapore event.

“The win at the ANA Inspiration hasn’t really sunk in yet, but I’m so grateful to my coaches and trainers who helped make that lifelong dream a reality…

“I’ll be familiar with the conditions in Singapore so I hope I can do well.”

A limited number of fans will be allowed to watch the event at the venue due to COVID-19 safety restrictions.

The HSBC Women’s World Championship will be followed by the Honda LPGA Thailand from May 6-9. The May 13-16 Blue Bay LPGA scheduled in China was cancelled due to travel restrictions.

Following the Thailand tournament, the LPGA Tour will return to the United States for the $1.3 million Pure Silk Championship at Williamsburg, Virginia.