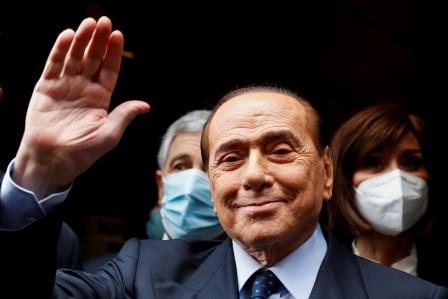 MILAN (ITALY): Former Italian Prime Minister Silvio Berlusconi has been discharged from Milan’s San Raffaele hospital. He has been in the hospital since April 6 for a series of tests, a person close to the matter said on Saturday, after confirming a report by news agency ANSA.

Berlusconi, 84, who was discharged on Friday, is now staying in his villa in Arcore, north of Milan, ANSA said