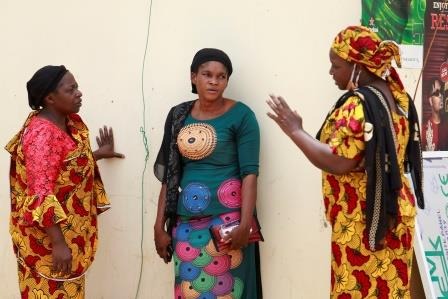 KADUNA (NIGERIA): Kidnappers have set free the remaining 29 students held captive on Wednesday. This has come nearly two months after abducting them from a forestry college in Nigeria’s Kaduna state.
Gunmen took 39 students from the Federal College of Forestry Mechanization in northwest Nigeria on March 11 and previously released 10 of them. The newly released students arrived at police headquarters in Kaduna city on Wednesday night looking weak, forlorn and wearing dirty, torn clothing.

One female student could not walk alone and was carried into the building, while another was rushed to the hospital.

Police did not allow journalists to speak to the students.

More than 700 people have been abducted from schools in northwest Nigeria since December in a rash of kidnappings for ransom in the volatile region.

Kaduna Governor Nasir El-Rufai has repeatedly said his state government will not negotiate with “bandits”, as the criminal gangs are known, or pay ransoms.

Abdullahi Usman, chairman of the parents’ association, said a ransom was paid for the students’ release, but refused to say who had paid or how much.

Friday Sanni, father of two abducted girls, said police had not yet allowed parents to see them. As he waited, he fretted over the fate of his daughters Rejoice, 17, and Victory, 19.
“We pray it is all of them,” he said.

President Muhammadu Buhari released a statement that welcomed the release of 27 students. His office did not respond to questions regarding the discrepancy in the number.

Kaduna police spokesman Mohammed Jalige said all remaining students had been released and would undergo medical examination before their release on Thursday.

Samuel Aruwan, the Kaduna state commissioner for internal security, said in a statement that the government rejoiced with the freed students, and called on them to “put the past behind and work hard towards a happier and successful future ahead.”

He did not comment on whether a ransom was paid.