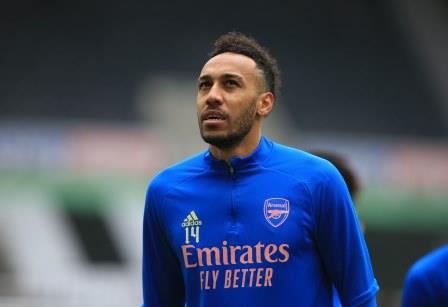 Arsenal captain Pierre-Emerick Aubameyang who is slowly returning to full physical fitness after contracting malaria in March said that his family was worried by his sudden weight loss.

Aubameyang was sidelined for four games after getting malaria while on international duty with Gabon and spent time in a hospital last month before returning in the team’s 2-1 defeat by Villarreal in the Europa League semi-final first leg.

“I was feeling just normal, a bit down – I thought that it was the travel,” Aubameyang told reporters ahead of the return leg later on Thursday. “Gabon isn’t so close to here. I felt tired, especially against Liverpool, but I thought it was because of the travel… I had three days in a row, fever, all day and night. After that, I spoke to the doctor.”

After that, he checked into a hospital, where he was treated for three days and lost 4kg.

“It was a bad moment and my family was a bit scared to see me like this,” he said. “I’m lucky I got treatment at the right moment; if you don’t treat it quickly it can lead to big problems.”

Aubameyang scored in his first start since recovering from the illness in Sunday’s 2-0 Premier League win over Newcastle United and said he was looking forward to the Villarreal game.

“In my mind, I feel more than 100% but physically maybe I’m not. Hopefully my body will respond as well but definitely in my mind I’m ready,” said Aubameyang, who missed three games this season when his mother was ill.

“It’s been a bad year, hopefully next year will be different,” he said.