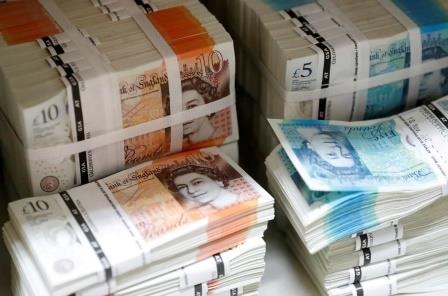 LONDON (UK): Shares increased to near record highs on Thursday, determined by a better outlook from Volkswagen and rise in confidence in economic recovery in Germany and more widely.

“I have seen nothing in this week’s price action to change my view that ultimately the economic prospects in the short to medium term look fairly positive, though events in India could derail any global recovery, particularly if COVID variants migrate out of India,” said Michael Hewson, chief market analyst at CMC Markets.

“Companies are generating fairly decent profits, they are taking people on. The big question is whether the current rebound is sustainable in the short to medium term, but it does look that way,” Hewson said.

In economic news, strong domestic demand for consumer goods propelled a bigger than expected 3% jump in German industrial orders in March, data showed on Thursday, suggesting that manufacturers in Europe’s largest economy will support a recovery in the second quarter.

Among the standout earnings, shares in Volkswagen rose 1% after Europe’s biggest carmaker raised its 2021 targets, pointing to strong demand for premium cars.

British retailer Next raised its full-year profit guidance for the second time in two months as it reported better than expected first quarter trading, sending its shares 2% higher.

But Germany’s Curevac, hoping for approval for its COVID-19 vaccine, tumbled 10% following news that U.S. President Joe Biden has thrown his support behind waiving intellectual property rights for COVID-19 vaccines.

Investors will look for more clues on economic recovery from European Central Bank Vice President Luis de Guindos, and the central bank’s board member Isabel Schnabel, who speak on Thursday.

The Bank of England publishes the outcome of its latest rate-setting committee meeting and economic forecasts at 1100 GMT. It is expects to say that Britain’s economy is heading for a much stronger recovery this year than it previously expected, and it might start to slow its pandemic emergency support.

Investors also looked to Scotland’s election that could trigger a showdown with British Prime Minister Boris Johnson over a new independence referendum.

Commodity prices drew strength from the prospects for economic recovery, with copper flirting with 10-year peaks.

In Asia, Japan’s Nikkei jumped 1.8% as it reopened after a five-day holiday.

The dollar hovered near a two-week high ahead of Friday’s U.S. monthly jobs report, which is expected to show that nonfarm payrolls increased by 978,000 jobs last month.