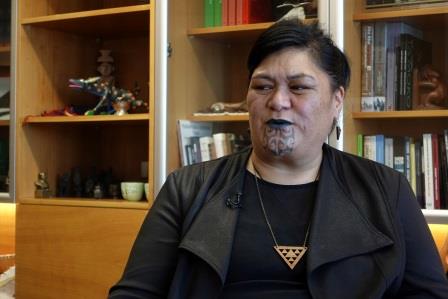 “It’s important for us to ensure we are respectful, consistent and predictable in the way we convey issues we agree on, but also on issues we don’t agree on. And it’s part of our maturing relationship,” Mahuta said in an interview..

New Zealand has major trade ties to China and has long been touted by Beijing as a model of its relations with Western countries.

But Prime Minister Jacinda Ardern’s government, which won a second term in office in October, has criticized China over the issue of Uyghurs, the human rights violations in Hong Kong and backed Taiwan’s participation at the World Health Organization despite a warning from Beijing.

Mahuta and Ardern have said they are focused on an independent foreign policy that is not loyal to any major bloc, a position that’s popular domestically and followed by previous Labour Party-led governments including the nine-year administration until 2008 of Helen Clark.

Mahuta said last month that she was uncomfortable expanding the role of the Five Eyes, a post-war intelligence grouping that also includes the United States, Britain, Australia and Canada.

China has accused the Five Eyes of ganging up by issuing statements on Hong Kong and the treatment of Uyghurs.

Mahuta’s comments were questioned by New Zealand’s Western allies who asked if the Pacific nation feared criticising Beijing on its human rights records.

Mahuta said she stood by her comments.

“It (Five Eyes) doesn’t have to be the first port of call all the time on every issue in the human rights space,” Mahuta said.

“And I have consistently said that it’s important that we build a broader base of support for the issues on the human rights front.”

Foreign policy commentators, however, say the mixed messaging is confusing.

“There is clearly a need for a coherent foreign policy line coming out from New Zealand,” said Anna Powles, senior lecturer at the Centre for Defence and Security Studies at Massey University.

“This doesn’t help our allies and partners. It’s about our relationship with our closest ally, which is Australia, and our strategic partnerships,” she said.

A diplomatic dispute between China and Australia worsened in 2020 after Canberra lobbied for an international inquiry into the source of the coronavirus pandemic.

This has not affected China’s ties with New Zealand, however, as both nations upgraded a free trade agreement in January.

Mahuta, the first indigenous Maori woman to hold the post, was a surprise pick last year as foreign minister.

In her first six months in office, the 50-year-old has talked about a values based approach and bringing New Zealand’s bi-culturalism to the centre of foreign policy.

“If there’s anything new that I’m bringing to this picture it’s a values based approach, which is drawing from our bi-cultural values…as we continue our strong bilateral and multilateral relationships across the region and the world.”