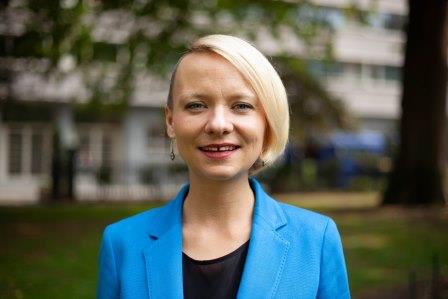 One who comes across Daniela Pichlera’s achievements might think that it would be a well-thought decision made by a woman to dedicate her life towards working for human rights. However, truth is that she selected her path to become a human rights defender at a very early age. She says, “It started when I was 8 years old and my parents welcomed a refugee family into our home. The cause for women’s rights came in later, when studying political science and the imbalance of power and lack of rights that women face all over the world, and culminated in myself rescuing a woman from a very violent marriage wherein she was sexually and emotionally abused.”

Even though the journey of this 39-year-old has not been a smooth one, she believes in trusting her instincts, vision and mission which in turn persuades her to stay true to herself and the values she fights for. Daniela took inspiration from other strong women who she came across to beat her down. She adds that they showed her that there is always a proper way ahead and that it’s just a matter of finding it out.

When asked if these thoughts come from the experience she has gained, and what advice she would advise her younger self, Daniela says, “Create change and believe in your own strength and power to do so. And last but not least, be the change you want to see in the world.” Daniela believes in being creative and taking the road less traveled. Citing the greatest experience that she has received till date she says, “ Only the people crazy enough to believe they can change the world, are the ones who actually do.”