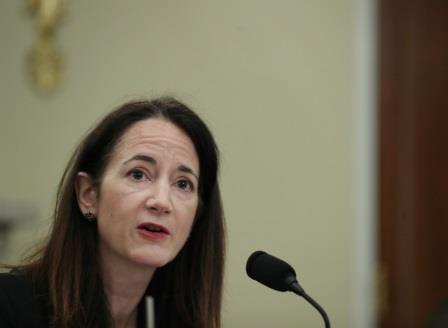 SEOUL (S.Korea): As part of a visit to South Korea, US Director of National Intelligence Avril Haines visited the Demilitarised Zone (DMZ) along the border with North Korea on Thursday, according to news agency reports.

Yonhap published photographs of Haines leaving her hotel in Seoul and a convoy of vehicles it said was carrying her and other members of the US delegation arriving at the DMZ.

She was expected to take a brief tour of the Joint Security Area in the inter-Korean truce village of Panmunjom, where talks with North Korea have been held in the past, among other areas, Yonhap reported.

The US Embassy did not immediately respond to a request for comment, and it was not clear if the American delegation had sought a meeting with North Korean officials during her trip.

In March, the White House said North Korea had not responded to a behind-the-scenes diplomatic effort by the administration to engage in dialogue.

After completing a policy review last month, the Biden administration said it had settled on a new approach to pressing North Korea to give up nuclear weapons and ballistic missiles that will explore diplomacy but not seek a grand bargain with leader Kim Jong Un.

North Korean officials have publicly criticised Biden’s policies as more of the same Cold War-style hostilities of previous presidents, but they have not commented on the specifics of the review.