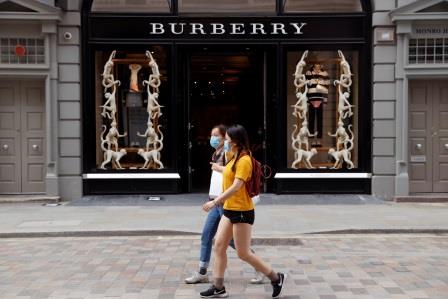 LONDON (UK): British luxury brand Burberry said its recovery from the pandemic accelerated through the year, which has enabled it to reinstate a dividend payment.

The label, known for its trench coats, check fabric and TB monogram, reported a 10% drop in sales for the year to March 27, impacted by store closures and reduced tourism.

However, it said fourth quarter comparable store sales increased 32% year-on-year, despite an average of 16% of stores being closed.

It said full-price sales grew 63% in the quarter driven by mainland China, Korea and the United States. At the end of its financial year Burberry faced calls for a consumer boycott in the important Chinese market over Xinjiang cotton.

The full year dividend was reinstated at 2019 levels of 42.5 pence.