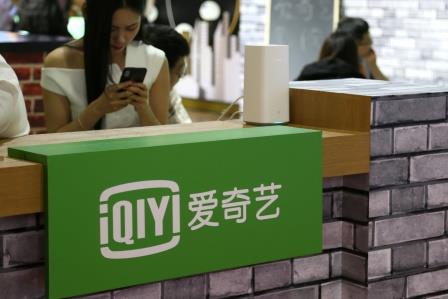 FILE PHOTO: A sign of Chinese video-streaming platform iQiyi Inc is pictured at the Beijing International Cultural and Creative Industry Expo, in Beijing, China May 29, 2019. Picture taken May 29, 2019. REUTERS/Stringer

SHANGHAI/BEIJING – Chinese video streaming platform iQiyi, majority-owned by Baidu, may be able to turn a profit in five years, its chief executive told Reuters in an interview.

iQiyi, which incorporates artificial intelligence to predict viewership and box office, will turn to “intelligent production” to partly help it cut cost and turn a profit in the future, founder and CEO Gong Yu said on Friday.

The Nasdaq-listed company, sometimes described as China’s Netflix, has expanded from being a video streaming platform to also generating self-produced video content, including drama series and variety shows.

Intelligent production, with the help of artificial intelligence (AI) and 5G technology, will cover iQiyi’s video production line, from viewership data analysing, to AI-based casting, to digitalizing process management, according to Gong.

iQiyi, which aims to become an entertainment conglomerate like Disney, Gong said, is planning to build a consumer-facing entertainment park in the longer term. The company, which is still trying to boost its subscribers, is also interested in investing in film and television production companies.

iQiyi’s online advertising revenue, eroded by the strong growth of China’s short video players like Kuaishou and ByteDance’s Douyin, dropped by 17.5% year-on-year in 2020, and it has also seen a decline in the number of subscribed users.

“It’s natural that our subscription business model will lead to a shrinking of advertising’s proportion to our total revenue,” said Gong, adding that one of the main reasons that the entire streaming industry in China hasn’t turned a profit is that the volume of good original content is still too few.

iQiyi currently produces around 50% of top TV dramas streaming on its platform, and the company aims to lift that percentage to around 60%-70%.

Reuters reported last November that tech heavyweights Tencent and Alibaba have suspended separate talks to acquire a controlling stake in iQiyi due to tightened antitrust scrutiny.

“Under the antimonopoly constraints, no one is able to buy the other,” Gong said, adding that the reported acquisition talks were “largely market’s imagination.”

Lightning strike may have killed 18 wild elephants in India

Lightning strike may have killed 18 wild elephants in India