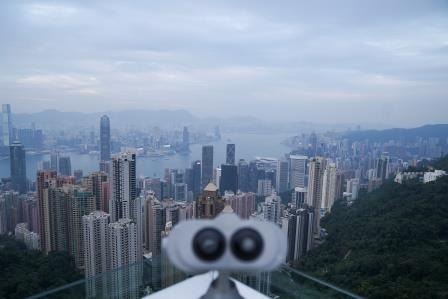 HONG KONG: A travel bubble between Hong Kong and Singapore expected to start on May 26 has been suspended for a second time, officials said on Monday, after a rise in cases in Singapore slowed the plan for quarantine-free travel between the financial hubs.

The bubble was initially slated to begin in November last year but was called off after a rise in cases in Hong Kong. Under the plan, travellers would have to test negative for COVID-19 before departure and on arrival to move freely between the cities.

Hong Kong and Singapore have been largely successful in keeping the virus at bay over the past year with strict border controls and effective tracing of infections but new cases in Singapore this month have dashed hopes for the air travel bubble (ATB).

“In light of the recent increase in unlinked community cases, Singapore is unable to meet the criteria to start the Singapore-Hong Kong ATB,” Singapore’s Ministry of Transport said in a statement.

But both sides remained committed to launching the bubble safely, it said. The Hong Kong government said another announcement would come on or before June 13.

Singapore announced on Friday its strictest curbs on social gatherings and public activities for months due to a rise in community infections in recent days.

Hong Kong has seen its daily cases drop to low single digits while the government has relaxed some coronavirus rules for vaccinated people in a move to incentivise residents to get inoculated.

The travel bubble was due to start with one flight a day into each city, with up to 200 travellers on each flight.

Officials had said that if the seven-day moving average of the daily number of unlinked local COVID-19 cases was more than five for either Singapore or Hong Kong, the scheme would be suspended.

For Hong Kong, which has banned non-residents coming to the city since March last year, the deal with Singapore would have been its first travel link with another city.

Cathay Pacific and Singapore Airlines were due to be the carriers offering the initial flights.