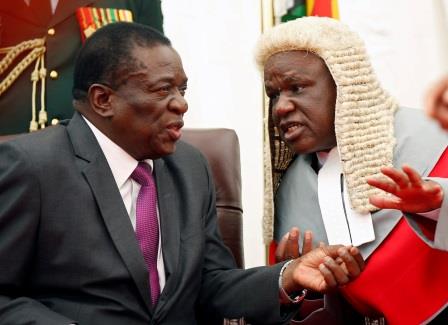 HARARE (Zimbabwe): The Zimbabwean government on Monday appealed against a High Court ruling that extending the chief justice’s tenure by five years was illegal, in a case that has created a stand off between President Emmerson Mnangagwa and the court.

Lawyers had challenged a constitutional amendment that raised the retirement age of Constitutional and Supreme Court judges to 75 from 70, which allowed Mnangagwa to extend Chief Justice Luke Malaba’s term of office.

The opposition has accused Mnangagwa of seeking to influence the judiciary, a charge the president denies.

The High Court ruled on Saturday that Malaba had ceased to hold the role after turning 70.

Now Justice Minister Ziyambi Ziyambi and the country’s attorney general have filed appeal papers at the Supreme Court, which is due to hear the matter at a later date.

US: Weekly COVID deaths drop to lowest in 14 months