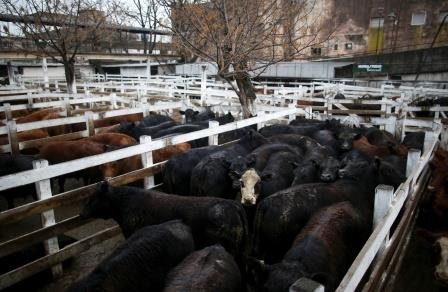 MILAN (ITALY) – World stocks climbed up on Tuesday and the dollar dropped to near three-month lows. Bets that US interest rates would remain low prompted investors overlook any short-term damage arising from increased COVID-19 infections in Asia.

Equities in Europe rose, with the STOXX 600 regional benchmark closing in on its previous record high, up 0.4% on optimism around easing economic restrictions, while Wall Street looked set to follow, with S&P 500 futures gaining 0.3%.
MSCI’s broadest index of Asia-Pacific shares outside Japan rallied 1.6%, as it recovered some of the losses suffered recently after new coronavirus cases prompted some economies to impose fresh anti-virus restrictions.

Market volatility has risen in recent weeks on worries that abundant stimulus and rising inflationary pressure in the United States could force the Federal Reserve to reduce its support in order to prevent the world’s largest economy from overheating.

“Structural inflation is still some way off but temporary supply-side bottlenecks will last at least until September. The Fed will try to talk their way through it and markets will get frustrated. But the more temporary inflation overshoots, the harder it will be to avoid taper talk,” he added.

But remarks on Monday from Fed Vice-Chair Richard Clarida, who pointed to the weak April jobs report as proof of slack in the economy, and from other Fed policymakers helped to reassure markets that U.S. monetary policy will remain easy.

“In short, the Fed’s music is still the same. It is not yet time for tapering, and will not be for a while,” said Giuseppe Sersale, fund manager at Anthilia in Milan.

The comments came ahead of Wednesday’s release of the minutes from the Fed’s policy meeting last month, which will be closely watched for any indications about where monetary policy is headed this year.

Japan’s Nikkei rose 2.1%, while shares in Taiwan, which is seeing a spike in cases, rose 5.2% on news the country is in talks with the United States for a share of the vaccine doses Washington plans to send abroad.

Goldman Sachs economists see the delays in global vaccine supplies as temporary and expect about half of the world’s population to be vaccinated by the end of 2021.

The dollar plumbed a six-year trough against the Canadian dollar and teetered near multi-month lows versus European currencies, as Treasury yields stalled amid renewed expectations the United States will not hike interest rates anytime soon.

The dollar traded at $1.2208 against the euro, its weakest since February 25. The Canadian dollar advanced to a six-year high of C$1.2014 against the greenback, aided by higher crude oil prices.

Spot gold rose to its highest in nearly four months as a weaker U.S. dollar and growing inflationary pressure bolstered the metal’s appeal as an inflation hedge. It was last up 0.1% at $1,867.9 per ounce.

Oil hit $70 a barrel for the first time since March, as expectations of demand recovery following reopenings of the European and US economies offset concern over spreading coronavirus cases in Asia.

Bitcoin rose 4%, paring some of its steep losses since Tesla boss Elon Musk said he would stop taking bitcoin as payment due to environmental concerns. Ether jumped 6.7%.