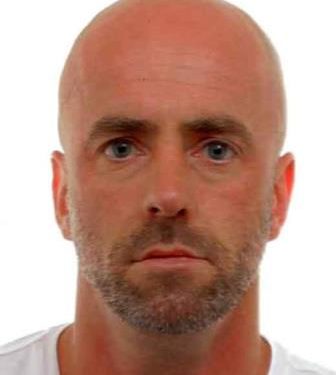 An undated handout picture of Jurgen Conings obtained on May 19, 2021. Federal Police/Handout via REUTERS

BRUSSELS (Belgium): Belgian police have launched a manhunt for a heavily armed soldier with far-right tendencies who disappeared on Monday after threatening a virologist supportive of COVID-19 vaccines and coronavirus restrictions.

The 46-year-old soldier, Jurgen Conings, left his home near the Dutch border on Monday morning and has not been seen since, police said in a search warrant published online.

“There are indications that he is violent and, in the last 24 hours, evidence has emerged that the man poses an acute threat,” Justice Minister Vincent Van Quickenborne told VTM Nieuws.

The manhunt started on Tuesday, after Conings threatened virologist Marc Van Ranst and his family, who were subsequently moved to safety. A number of weapons were found in his car on Tuesday night near Dilsen in western Belgium.

Van Quickenborne said Conings was on a list of potential terrorists compiled by OCAM, an organisation responsible for assess the threat of terrorism in Belgium, because of far-right tendencies.

“Being against health measures and vaccines and against the coronavirus too often coincides with a glorification of violence and brutal racism…Let one thing be clear: such threats do not impress me,” Van Ranst wrote on Twitter.