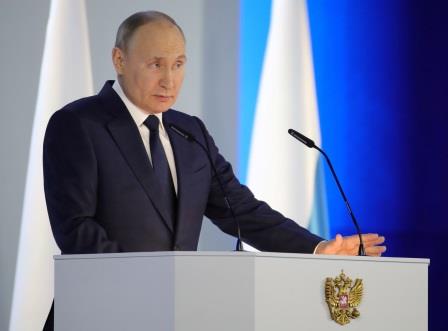 MOSCOW (RUSSIA): Strategic stability should be high on the agenda of a possible meeting between Russian President Vladimir Putin and US President Joe Biden, alongside bilateral relations, said the Kremlin.

Biden, who in March said he thought Putin was a “killer”, prompting Moscow to recall its ambassador to Washington for consultations, has said he would like to hold talks with Putin during a trip to Europe next month.

The White House has said that differences between Washington and Moscow would need to be resolved before such a meeting. The Kremlin has said it is studying the possibility of holding the summit.