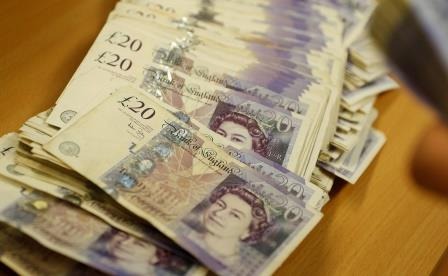 LONDON (UK) – Sterling rose against the dollar on Thursday after a Bank of England policymaker said the central bank was likely to increase rates well into next year. It noted that an increase could come earlier if the economy finds a revival more quickly than expected.

“My central scenario is that the economy evolves similarly to the MPC’s central projection in May, but with somewhat more slack than in the central projection,” Vlieghe said in a lecture at the University of Bath.

“In that scenario, the first rise in bank rate is likely to become appropriate only well into next year, with some modest further tightening thereafter,” he added.

Earlier in the day, the British currency recovered from an overnight drop against the dollar that took it to a 10-day low, as the greenback’s spike higher fizzled out by the start of European trading.

“Right now, markets are almost pricing in the most optimistic scenario and they like what they hear from Vlieghe.”

Patel noted that Vlieghe would be departing the BoE’s rate setting committee this August, and that the policymaker’s comments were conditioned on a smooth transfer from the British government’s furlough scheme, which is “still a known unknown”.

Money-market pricing currently pegs the earliest rate hike from the Bank of England after November 2022.

“The market is in the early stages of factoring a potential hike in interest rates far earlier than previous expectations,” said Neil Jones, head of FX sales at Mizuho Bank.

Sterling is the second best-performing G10 currency versus the dollar this year, up 3.3% year-to-date and trailing only the commodity-linked Canadian dollar. That performance is a result of investors betting on a quicker reopening for Britain’s economy on the back of its rapid COVID-19 vaccination pace.

Britain started the third stage of its reopening last week, allowing indoor dining in pubs and restaurants. Economic indicators such as retail sales are looking up, as are surveys of purchasing managers across industries and employment measures.

With a lot of positive news priced in, recent movements in sterling have largely been dictated by the direction of the U.S. dollar, rather than any strong fundamental catalysts, analysts say. However, some note that with the Bank of England tapering its bond-buying programme, there may still yet be scope for rate hikes to be priced in to the currency.

“The fact that we are moving into a position now where we’re talking about when a rate hike might come as opposed to, ‘are the BoE going to take rates negative?’, I think that change in sentiment is significant in itself,” said Marc Cogliatti, principal, global markets at Validus Risk Management.

Twitter in a tiff with Indian govt over staff safety, free speech

Twitter in a tiff with Indian govt over staff safety, free speech