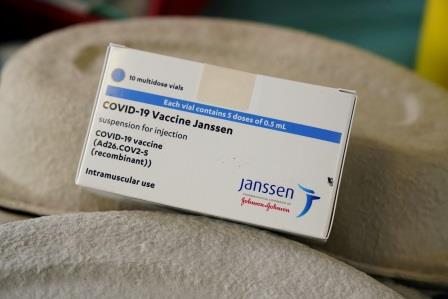 South Korea has reported a lower death toll than many comparable developed countries from COVID-19, but the government has come under criticism for a comparatively slow rollout of vaccines. Less than 11 percent of its 52 million people have so far received a first dose.

Kim said that offer had now been increased to 1 million doses, and the shots will arrive this week. He thanked the Biden administration for its commitment to the alliance. The J&J vaccine requires a single dose, rather than the two-shot regimen of most other COVID-19 vaccines.

“We plan to administer the vaccines largely on military-related personnel, including reserve forces and the civil defence corps, after airlifting them directly from the United States using military planes,” Kim told an intra-agency meeting.

Jeong Eun-kyeong, director of the Korea Disease Control and Prevention Agency (KDCA), said the 1 million doses would be used in June, including on some people on overseas business or diplomatic missions.

“The United States made a very exceptional decision even as there are many countries hoping for its vaccine support, which I think reflected special considerations for us in light of the value of the alliance,” she told a separate briefing.

South Korea aims to reach herd immunity through vaccination by November, but its rollout has become uncertain amid global shortages and shipment delays.

The country has ordered 6 million doses of the J&J vaccine, which was given approval in April. Those shots are expected to arrive in the second half of the year half, Jeong said.

Inoculations using Moderna’s vaccine will also begin in June, following the arrival of the first 55,000 doses of that shot, she added.